Last week I participated in the conference Beyond Mothering Myths? Motherhood in an Age of Neoliberalism and Individualisation. With a partner recovering from foot surgery, children on school holidays and a busy time at work, my attendance was partial and interrupted. Those presentations I did attend were provocative and affecting.

Lilia Mantai and I presented (on behalf of co-authors Jayde Cahir, Gail Crimmins, Janet Free, Karina Luzia and Ann Werner) a paper entitled Living with and letting go of motherhood and academia: A narrative in seven voices. Here is one of the seven voices (which might be familiar to regular readers):

Twelve years ago, when I was a PhD student, my daughter was born. Following a life-threatening placental abruption, she was diagnosed with epilepsy. Last year, her seizures worsened with the onset of puberty (“Mum, don’t say that word”)—thirty to forty a day, lasting up to twenty minutes each. She was unable to attend school for half the year. She spent a lot of time on a beanbag in my university office on the top floor of a brutalist concrete building, with walls painted a horrid pale apricot. But the view of remnant turpentine ironbark forest is spectacular. I keep the windows open, just a crack so the birds don’t enter.

She missed the school trip to Canberra while she was sick, so we visited as a family. At the  National Art Gallery, we entered The Breathing Room by Patricia Piccinini. An audiovisual space of multiple screens, like entering the insides of a strange fleshy creature. The creature is similar in colour to my office. Sometimes it panics and its breathing and heartbeat roar. Sometimes it sleeps.  The room was both comforting and disturbing in its intimacy. A bit like being and having a mother, I thought.

Now, her epilepsy controlled by five medications, she is going on school camp for four nights. We have an A4 size blister pack with tablets in individually sealed compartments. The packet promises “peace of mind for relatives, carers and loved ones.

The presentation was an edited version of a forthcoming book chapter on motherhood and academia. The other voices in the chapter make for a diverse collection of first person narratives that illustrate complex and conflicting identities. We wrote the narratives in response to a prompt to think about ‘breathing room’ in our identities along a continuum as researchers/non-researchers, academics/non-academics, writers/non-writers, and mothers/ non-mothers. Our chapter is entitled ‘Breathing Room’ and I will share details of the edited collection when it is published.

One of the things I enjoyed about the conference was the way participants, predominantly mothers and children, inhabited and changed the space of the university. Bec van Dyke shared some beautiful illustrations of the conference: 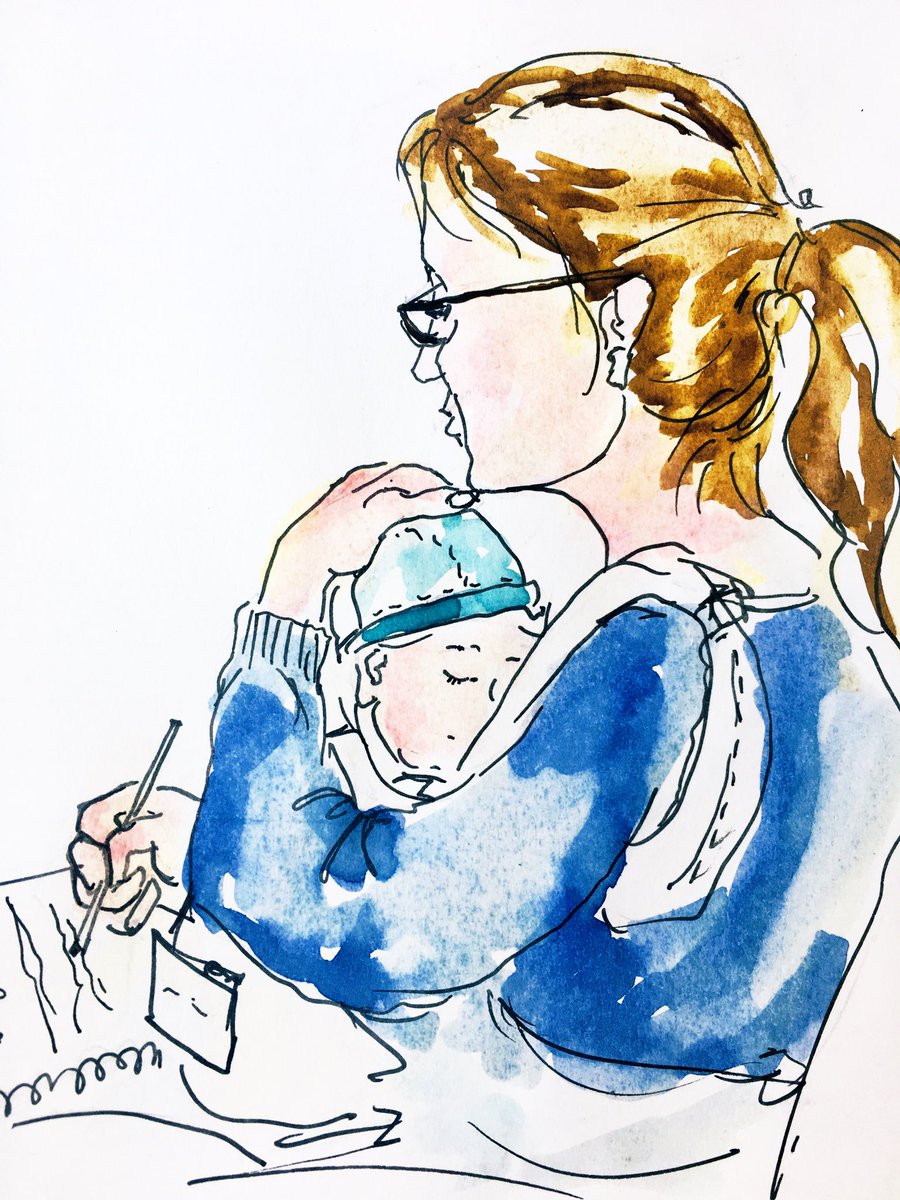 As well as children playing on the floor and public breastfeeding, there was a large knitted sculpture of a placenta: 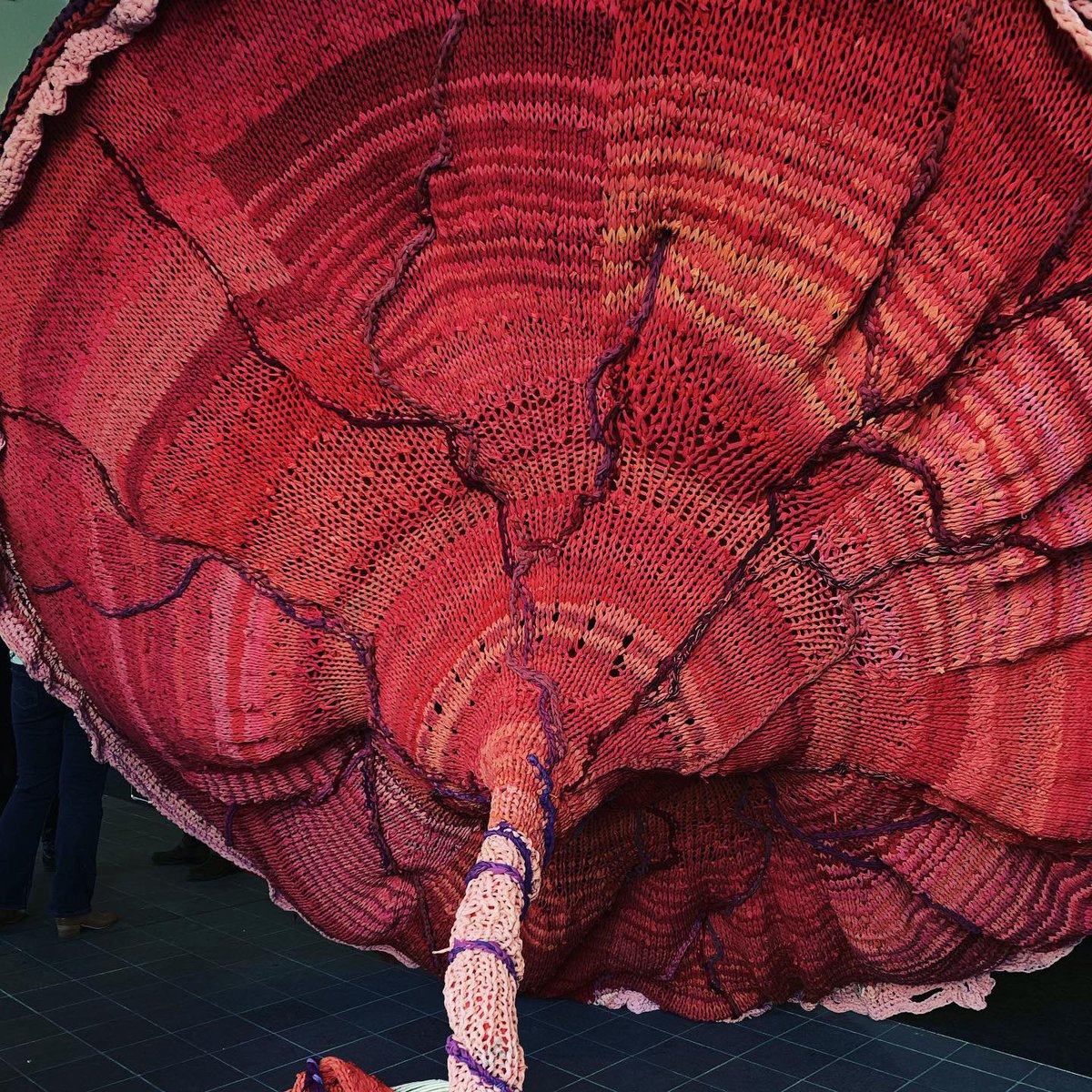 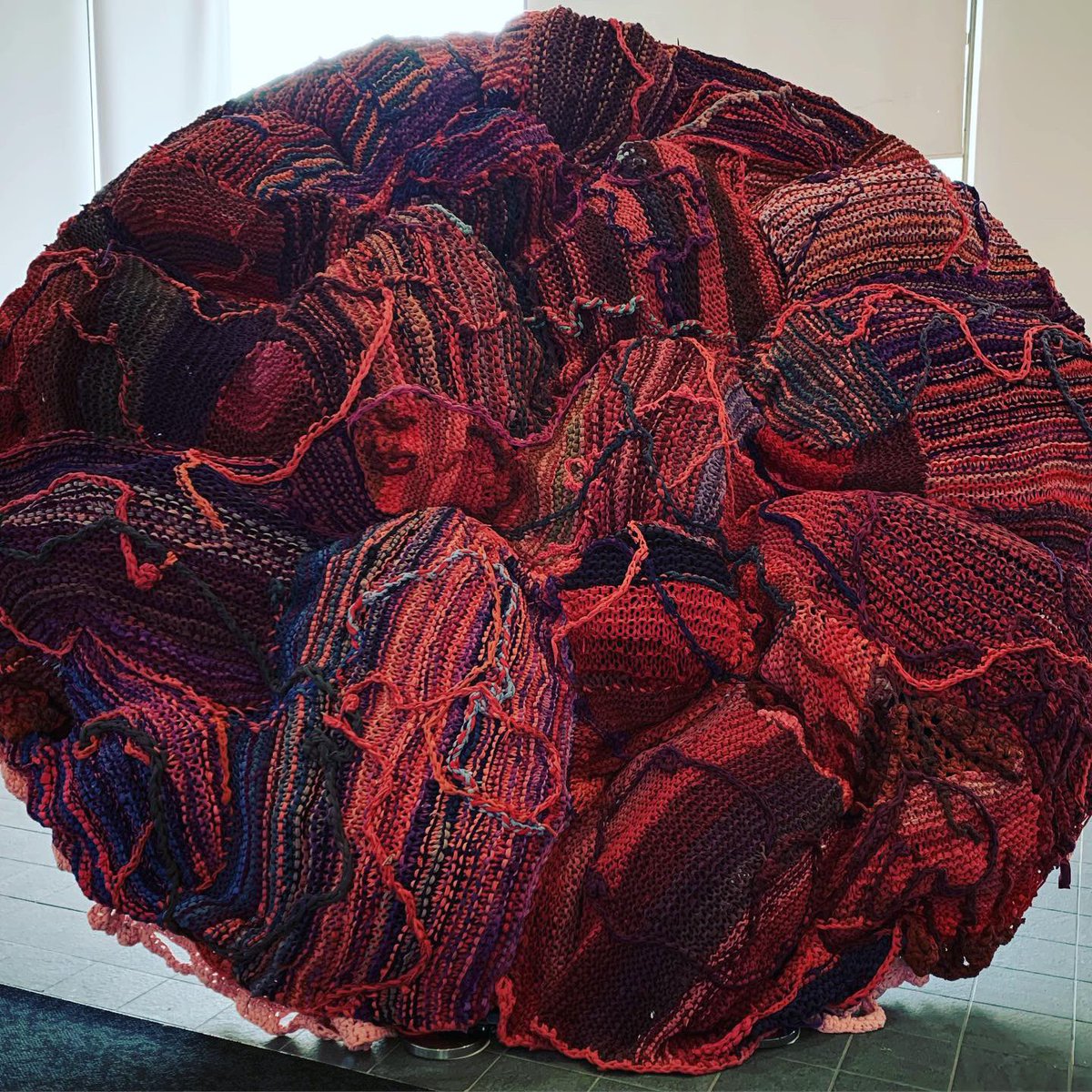 The placenta makes for an excellent metaphor for creating a shared space for mothers and children in the university.

In Je, Tu, Nous, French feminist philosopher Luce Irigaray  interviews biologist Hélène Rouch about the complex role played by the placenta: “On the one hand, it is the mediating space between mother and fetus, which means there is never a fusion of maternal and embryonic tissues. On the other hand, it constitutes a system regulating exchanges between the two organisms.” In contrast to commonly held views, the relationship is not one of “fusion (a … mixture of the bodies or blood of mother and foetus)” nor one of “aggression (the foetus as a foreign body devouring from the inside, a vampire in the maternal body)”; instead, the placenta is an organ that is formed by the embryo but behaves independently and relatively autonomously (Irigaray, 1993b, p 39).

In the provocatively titled “The Promiscuous Placenta”, Jane-Maree Maher describes the placenta as “the point of communication between pregnant woman and foetal entity, allowing for and recognising their difference” (2001, p 202). She continues: “The placenta … offends and refigures bodily integrity and boundaries, it allows for at least two to work together at the site of one, while preventing against a collapse into singularity” (2001, p 202).

Imagine two subjects—let’s call them the ideal academic and the leaky mother—in a shared (university) space.

Image: the University of Sydney law school, location of the conference.

You can read more about the placenta project online, and see more of the conference on Twitter #beyondmotheringmyths.

The great thing about my work is that it includes what I most enjoy—reading, speaking, writing and listening. I am back in the office (part-time during January so I can settle the kids into new schools and new routines) and starting to fill my calendar for the year. My colleague Mitch Parsell (who blogs at The conflict of the faculties, a title taken from an essay by Kant) has been articulating his 2019 priorities via Twitter, and included this KonMari-inspired one:

I must confess that I have not read The life-changing magic of tidying up, nor watched Marie Kondo’s netflix series, but the housekeeping rituals that spark joy are appealing (or at least the vision of an ideal home is attractive, even as the privilege of curating your laundry in a beige non-place gives pause).

I have written about housekeeping and academia on this blog, as well as the pleasure of work on many occasions. Finding what ‘sparks joy’ has other names in academic contexts: MacLure’s potential for wonder in qualitative research, Barnett’s poetic and utopian universities, and (closer to home) Honan, Henderson and Loch on moments of pleasure.

As I wrote last year, I am not one for resolutions, but I am looking forward to many things in February that I anticipate will spark joy, including:

This is a fortnightly online discussion hosted by Jeanette Fyffe who has written about it in ‘Getting comfortable with being uncomfortable’ (2018) and, with Tai Peseta and Fiona Salisbury, in Interrogating the “Idea of the University” Through the Pleasures of Reading Together (2019). Each week a different reading is under discussion, and previous authors have included Raewyn Connell, Martin Nakata, Barbara Grant, Ronald Barnett and Ruth Barcan among others. The organisers describe the reading group as “aim[ing] to resuscitate the pleasures involved in university colleagues reading together”.

In previous posts (Yarning circle and The spirit of research) I have described this informal cross-university network of higher education scholars. Unfortunately I missed October’s meeting on ‘Making place in higher education research’, although I still plan to complete the homework by reading Barbara Grant’s chapter “Going to see”: An academic woman researching her own kind in Lived experiences of women in academia: Metaphors, manifestos and memoir and blogging my response.

Organised by Ali Black and Rachael Dwyer, Making shiFt happen is “a 36-hour, Zoom-powered, innovative, non-traditional, transdisciplinary virtual exchange and (un)conference for female academics around the globe. A place for conversation, care, contribution, connection, collaboration, creativity, community and change”. Themes include Contemplative beginnings, Building caring communities, lived experiences of women in academia and reimagining academia). It runs from February 5 to February 6 across multiple timezones. Registration is open now and is only AU$50 for research students and sessional academics ($150 for full-time academics).

Following the wonderful Peaceful University conference in Hiroshima last year, the Academic identities project teams are meeting over four days in Melbourne. We plan to collaborate on journal articles based on our presentations at the conference (Jamie Burford gave a detailed summary of these papers at Conference Inference).

These are just the special events scheduled for February. I also plan to enjoy everyday tasks of meeting with colleagues, developing curricula, planning and writing. Writing this list, however, has reminded me that I will need to practice slow academia.

Even so, my (reading) life does not look much like Marie Kondo’s: Rather this, which encapsulates another Japanese concept, tsundoku or unread books piling up: 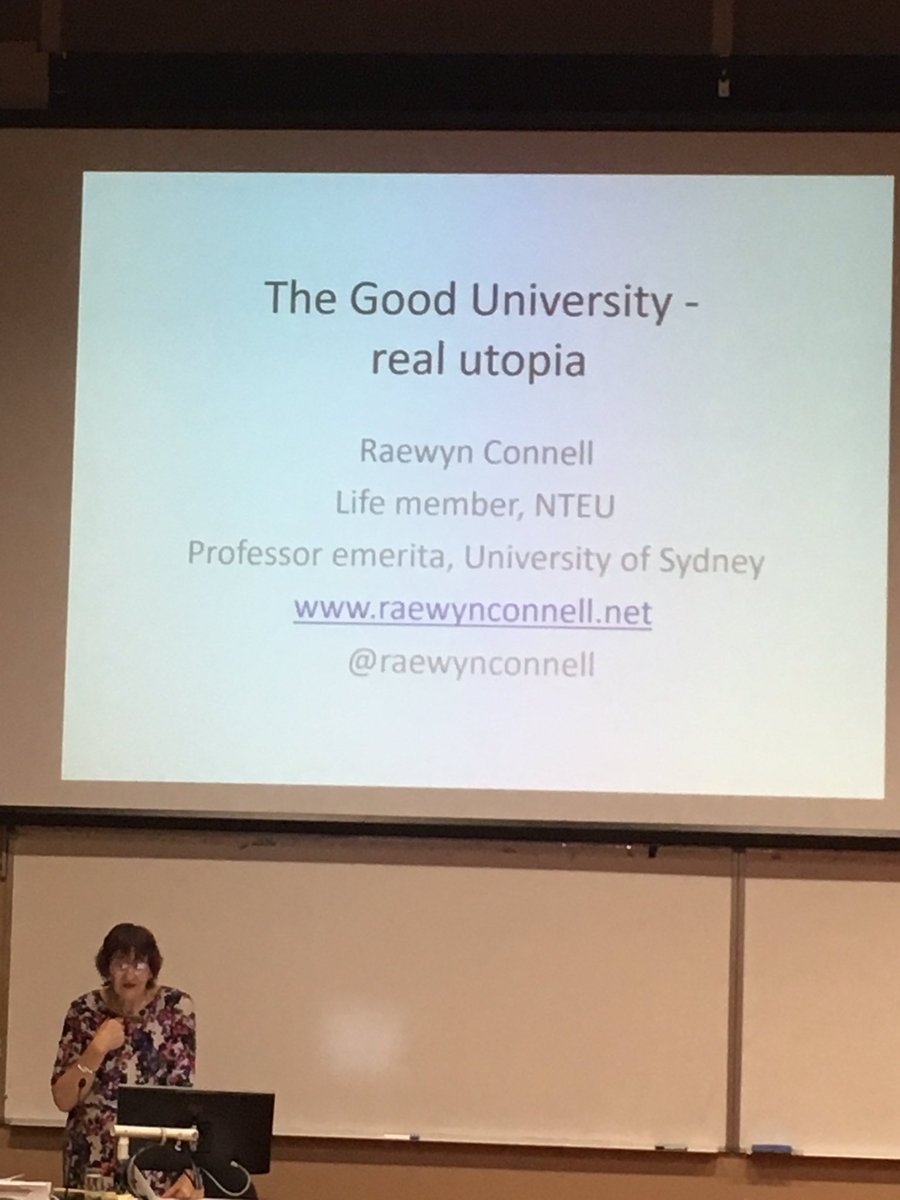 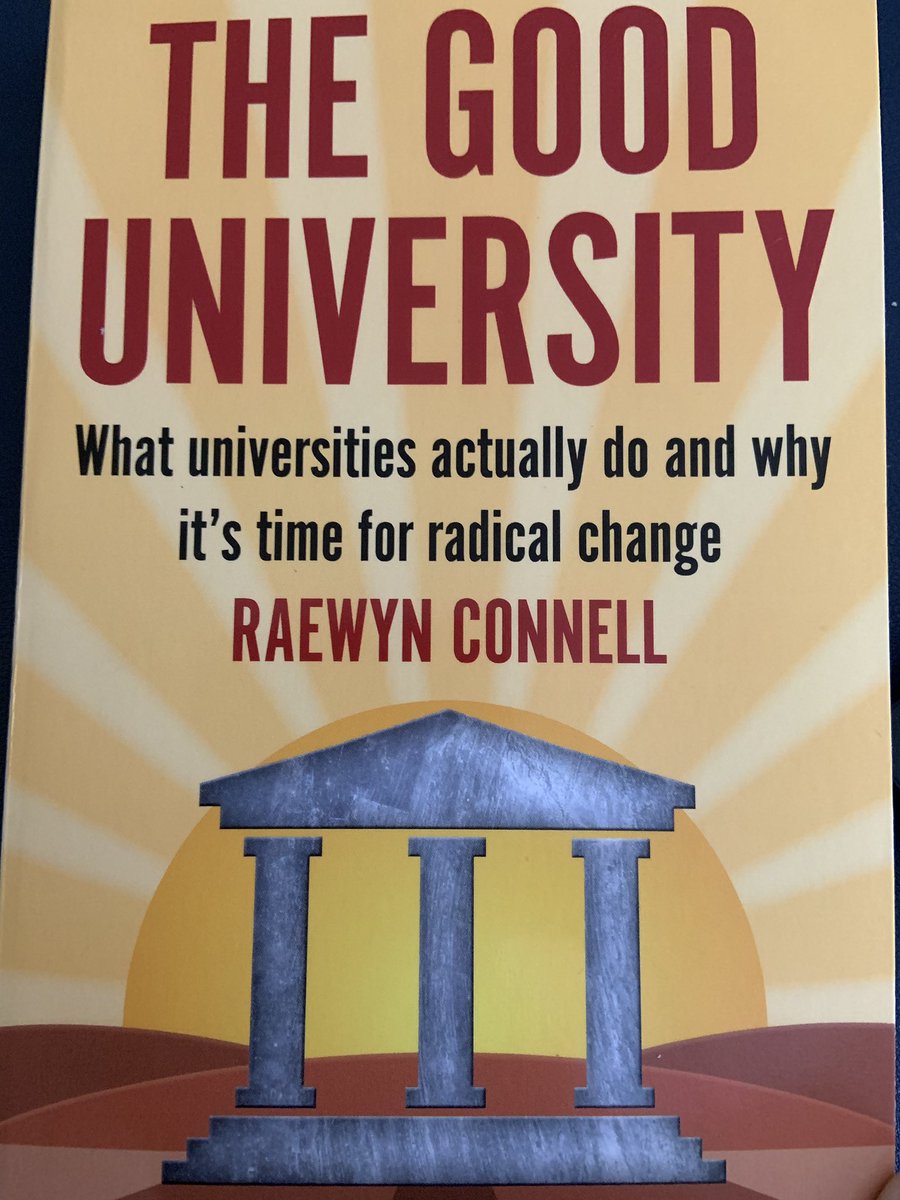