I love those moments while reading when the mind drifts, when the reader’s thoughts flow towards other ideas and become untethered from the text.

In The Pleasure of the Text (1975), French literary theorist Roland Barthes writes of the experience of reading: “[A text] produces, in me, the best pleasure if it manages to make itself heard indirectly; if, reading it, I am led to look up often, to listen to something else.” He refers to drifting, when the reader is “driven about by language’s illusions, seductions, and intimidations, like a cork on the waves” but chooses to “remain motionless, pivoting on the intractable bliss that binds me to the text (to the world)” (1975, p 18).

These inner reveries of drifting and returning to the text reveal something of the self. In this post, the drift of thoughts I had while reading Raewyn Connell’s The Good University are also revealing of what Barbara Grant calls my ‘tiny university’, one of a thousand possible versions of the university held individually and collectively.

In The Good University, Connell writes about the lies universities tell themselves. At least, that was how I remembered a section of the book. That’s the direction the drift had taken me. On rereading, the text was different. Recollecting the renowned 88 year old jacaranda tree in the quadrangle of the University of Sydney (a tree with its own wikipedia entry), Connell writes:

Around 2013 [the university’s corporate advertising] featured a tutorial or discussion group of students, sitting in a semi-circle on the grass in front to the jacaranda tree in full bloom, talking earnestly together in the bright Sydney sunshine. Marvellous image!

But the picture was lying to us. No class or discussion group is allowed to convene on the quadrangle lawn. It is therefore redundant to observe that jacarandas in Sydney bloom mainly in November, after tutorials are over. The tree died in 2016.

This is a small example, which I noticed because I was fond of that tree. The point is, this kind of falsification has become routine. Every managerial university now puts out a cloud of imagery, text and sound intended to misrepresent the way the way things really are. 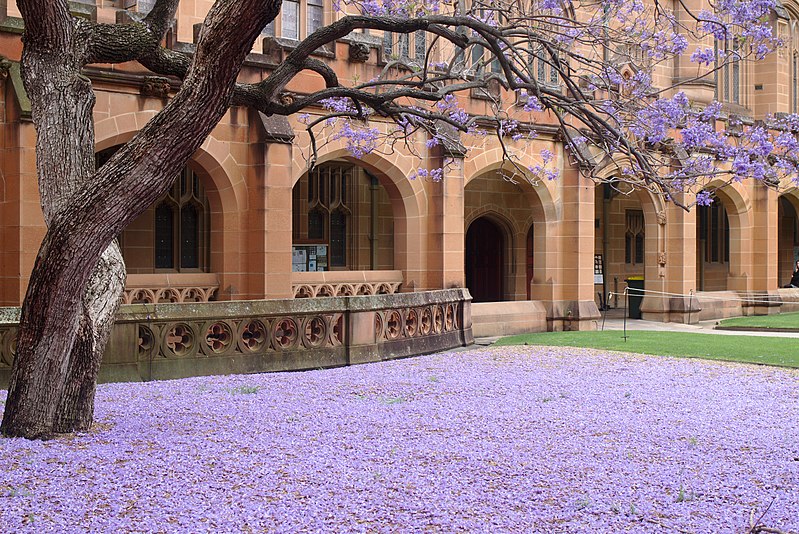 I  considered the lies universities tell in advertisements to be one version of a thousand tiny universities (some admittedly less tiny than others). I connected these marketised visions of the university with artists’ representations of buildings under construction, the utopian visions that occupy an imaginary landscape of a university and the people within it:

For Connell, the marketing reads as falsehood or deception. I was thinking imaginary. In my tiny university, I was holding the utopian image alongside a counter-image. The jacaranda tree is simultaneously alive and dead. The campus hub will be better than before, after it is worse than before: 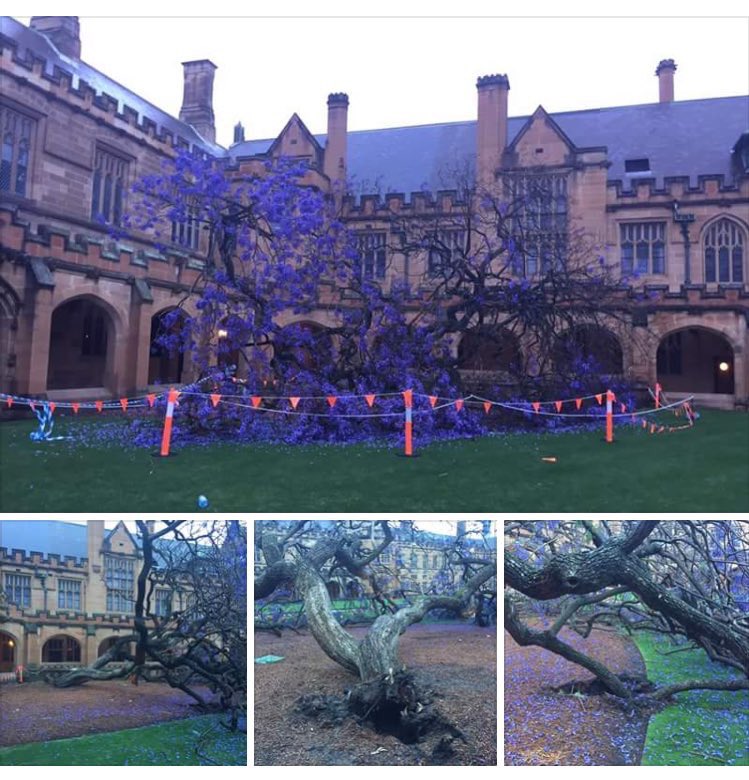 I started thinking about our complicity with the stories universities tell. And I think Connell captures that with her comment ‘Marvellous image!’ In the final chapter, Connell offers the following criteria for a good university: democratic, engaged, truthful, creative, and sustainable. Interestingly, these values are espoused by institutions around the world: social justice, academic integrity, innovation, shared governance, equity, student engagement, scholarship, and building better futures.

There is a tangle of thoughts here: where is the truth? Who is telling lies? Can goodness be used for bad? Or vice versa?

My son has recently watched the three original Star Wars movies, and is very taken with Darth Vader’s redemption. We are having lengthy conversations about Darth Vader’s goodness.  He’s for, I’m against. Before I can think too long about what my stance on Darth Vader suggests for universities, the drift has taken me into different waters.

If you keep reading Roland Barthes, he writes this about drift: “Drifting occurs whenever social language, the sociolect, fails me … Thus another name for drifting would be the Intractable—or perhaps, even: Stupidity” (1975, p 19).