I’m halfway through reading Sarah Knott’s Mother: An Unconventional History (published elsewhere as Mother is a Verb). This was initially homework for the academic identities cultural history project—each member of the team read a different book (there’s a cultural history of almost everything you can imagine: sex, food, weather, places, objects, actions)—but I have become deeply immersed in this book.

The author Sarah Knott is an academic, historian, feminist mother. The book combines history, specifically motherhood in the UK and US from around the sixteenth to the twentieth centuries, and memoir (Knott had her first child while researching and writing the book). This is history with a ‘small h’ based on anecdotes, incomplete texts, traces and fragments. The focus is very much on the sensory, the “tactile experience” of caring for infants in the past. I can almost smell the close four-room house during the Depression era, where wet nappies were dried in front of the fire without being washed.

One of my favourite children’s books, now sadly out of print, is Marion Halligan’s The Midwife’s Daughters. I bought it over twenty years ago at Better Read than Dead in Sydney’s Newtown (when the bookstore, and I, were young).

“When I was a girl,” says the midwife, “back in the Old Country, the mothers took the nappies off the babies and hung them in front of the fire to dry.”

“What!” say the daughters. “Didn’t they wash them first?”

“No they didn’t,” says the mother. “Back in the Old Country”—she means England—”it was damp and cold and hard to wash things and harder still to dry them so you took the nappies off the babies and hung them on the guard in front of the fire to dry and put them back on. Not the pooey ones of course.”

“Yuk,” say the daughters of the midwife, wrinkling their noses. “The smell! The smell of old pee!”

And the poor little babies, wearing those stiff and stinky nappies! Their poor little bottoms got red and raw and they cried in the damp, dark houses, they yelled and screamed and roared, and the houses got smaller and colder and darker for all the noise of the sore-bottomed babies howling in them.

In Mother, Knott’s narrative follows the experience of pregnancy, birth and early infancy. A chapter on the hidden history of mothering in the middle of the night, traced through bedding, nighttime arrangements and sleeping patterns, ends with this sentence: “8.20. 10. 11.45. 2. 5. 5.40. And then we are up.”

My son was small when he was born full-term: five and half pounds, or not quite two and half kilograms. I tracked his feeds on an app: time awake, left breast, time taken, right breast, time taken, time back to sleep. He fed slowly and, it felt, continuously. He doubled his weight in six weeks. I deleted the app about eighteen months later when, still exhausted, I looked back and realised that in his early days I had spent over eight hours in every twenty-four breastfeeding. Six years on, and far from those nights, I wish I had kept the record.

The book invites these recollections. Reading it brought back the experience of caring for newborns in a visceral way.

Of interest to readers of this blog, Knott also documents the intersections of academic work and pregnancy. On planning to have children:

The clock tower outside the window shows ten to the hour. University students hurry to late summer classes, their feet flattening pathways across the parched grass. I’m in a heated conversation with a colleague, a close friend, about life and work.

If I have children, I am not sure if I’ll have one or two, I announce, a little too brightly.

This is slightly fraught territory. We both know—or at least, I think we both know—that surveys suggest men with partners and children, like him, progress very well in our workplace. Women with children, not so much. Their success rate slows, falling behind those of childless men and women,

His retort is bemused and a touch impatient: You choose to have one first.

Indeed. The baby or babies don’t always follow your plans.

On the slowing success of academic mothers, there has been much written. Challenges for academic women, and mothers in particular, include maintaining research trajectories during career interruptions; proportionally higher teaching workloads; concentration at lower levels, in casual and contract positions; and contributions to university service, academic and domestic ‘housekeeping’, emotional labour and care within and beyond the academy. Further reading: Young and Wright, 2001; Williams, 2005; Grant, 2006; Toffoletti and Starr, 2016; Amsler and Motta, 2017. Titles include “I’ve worked very hard and slept very little” (Fothergill and Feltey, 2003) and “I just couldn’t fit it in” (Probert, 2005).

In Acker and Armenti’s (2004) “Sleepless in Academia”, Canadian women academics reveal late nights, obstructive institutional practices, and feeling “frenzied, fatigued and malcontent” (p 13).  In an article that was surprisingly vexatious to many, Australian academics Klocker and Drozdzewski (2012) ask: “How many papers is a baby worth?” The answer, after some deliberation, is approximately 2.4 depending on previous output. Ward and Wolf-Wendel (2004) sum up the experience of American academic mothers at research-intensive universities with the phrase “dark clouds and silver linings”. They identify four commonalities: (a) joy in professional and personal roles, (b) the “greedy” nature of academic and family life, (c) watching the clock, and (d) that having children puts work into perspective (2004, p 241). Oh, yes, watching the clock.

But the story is complex.

In an international comparison of research output, Aiston and Jung (2015) found that women average fewer publications than male colleagues; on the issue of motherhood, however, academic mothers produced more research output than women colleagues without children (although this differed across disciplines and countries). Examining why this data seems counter-intuitive, they suggest that one explanation for women’s under-performance as a whole lies in inequitable workloads.

Workload in academia is more complex than it first appears. In a study of Australian academic women, Dobele, Rundle-Thiele and Kopanidis (2014) demonstrate that workloads are equitable between men and women, but inequity is evident according to academic position. That is, women “outperform” men within their academic ranking suggesting that “women are not getting promoted on the basis of workload performance” (p 465).

While pregnant, Knott writes of work sliding away:

I am still working: sitting on the table at the front of the lecture hall, seemliness gone. Work is sliding away from me. There is a last set of students essays to evaluate. I stir myself to deduce final marks even though my ind shrinks away from the narrow lists of numbers and into the expanse of my trunk.

I never want pregnancy to be over. We defy mathematics: one plus one equals one. I am myself and not myself; I am eating for two. The relation I have to this extra life is not unlike that I have to my dreams and thoughts, which I can tell K or a friend, but which cannot be an object for us in the same way. I am happier than usual, though I cry easily.

I cannot wait for pregnancy to be over so I can feel normal again: hug my sweetheart, cross my legs. I bump crossly into older habits, only to find the way blocked by my body sticking out before me—hard belly on my thigh as I lean to tie a shoelace, a pull from my side on turning to check the front door is properly shut.

This is a luxurious tangle of feelings.

Finally, the title of this post. Always interruptible. I wrote this post, on and off, interrupted by the tasks of looking after children in the evening of the last day of a long school term. The relentless and formative interruptions of maternity constitute its main condition, suggests Professor of Psychosocial Theory Lisa Baraitser. Her books Maternal Encounters: The ethics of interruption (1989) and Enduring Time (2017) are now added to my reading list. But first to finish Knott’s Mother, after I’ve found some missing size six pyjamas and read some bedtime stories. 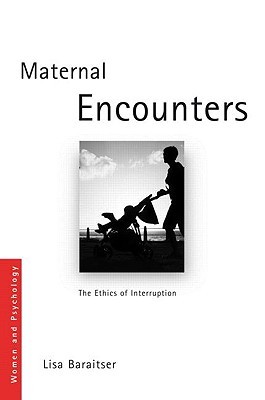 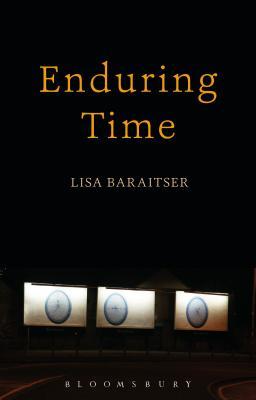