This is a continuation of the previous post, reflecting on the 6th International Academic Identities Conference at the University of Hiroshima. The four papers I discuss here were among the highlights of the (too few) sessions I attended. (I plan to email several participants whose intriguing-sounding presentations I missed, in the hope they share slides or notes). Here is a brief wrap up of some of the ideas.

I draw on imagination theory for an approach based upon how as individuals we make and have worlds (Johnson, 1987). How firmly can we each acknowledge the strengths of our individual experience and resulting imagination in order to have compassion without despair and to model generosity in an age of often mean-spirited accounting? The paper folds theory around academic development for the purpose of scaffolding inner growth a s a deliberate resistance strategy.

Carter structured her presentation around a series of questions, which prompted one of the most enjoyable discussions I had at the conference. For example: Think about your own childhood learning: what troubled, bothered or eluded you, and what did you like about learning in your early years at school? Our discussion spanned childhood games, the spaces we occupied, the games we created, and the rules we followed and refused to follow.

This was a pre-recorded video presentation, which I think is a difficult thing to get right. In this case, it was very successful. From the abstract:

We are four women from three Australian universities in various phases of (un)becoming academics. One of us has moved from casual to “permanent” in the last year only, one is awaiting a probation review to secure permanency, one has been in academia for more than twenty years with “very little to show for it”, and one has recently walked away choosing voluntary retirement.

Their video, which included drama and visual/poetic representations, as well as oral vignettes of experiences in academia, was described by the audience as delicate, vulnerable, beautiful, trusting, bold, strong. The autobiographical accounts were heartbreaking: 11 years on probation, applying for lower level positions, devastating inequalities, redundancy, emotional collapse.

This was an excellent companion to the above video. The authors described it as follows:

In this round table a group of academics share end-of-career stories, rich in passion, disappointment and new beginnings. The stories are both hope-filled and hope-less, tinged with disappointment and loss, desire and inspirational reimagining of selves.
End-of-careerers, with their lengthy contribution and deep disciplinary knowledge, should, potentially, be amongst the most influential and valued members of an institution/discipline – but are they?

Short answer: no. The session ended with hope. Anthony Paré reflected on his career in academic activism (a subject which is close to my heart) through service and governance (“breathing life into otherwise lifeless forms”). He challenged the ‘us’ and ‘them’ often heard when talking about university management. “We are on the committees that ramp up requirements for academics and their work. We can change this. I became an activist … We are the university … I have loved the activist part of my academic career. Of all that I do, it is probably the thing I will miss the most.”

This presentation was a joy to listen to, with a long-standing academic friendship on display. Knowles and Grant contrasted the imperfect work in progress presented at writing retreats with the imperfection of wabi-sabi:

When exposing one’s unfinished texts, showing the technical flaws and imperfection of our authorial selves, there is potential for harm and/or shame. The care-full structure of the work-in-progress process supports both writer and responders by appreciating the potential of the flawed quality of each other’s unfinished work …
Likewise, the tea ceremony ritual demonstrates participation and enjoyment through awakened sensibilities. It is based in the principles of wabi-sabi which include transience, imperfection, impermanence and incompleteness

Allowing imperfection requires “generous scholarship” which can be seen at writing retreats: gentleness of spirit, an inward feeling of soft-heartedness, tender-mindedness. Cecile Badenhorst and colleagues described a similar philosophy at work in their writing group (“soft eyes turned to wonder”) in their presentation On Being Reviewed: From ghosts that haunt in isolation toward connection and unexpected agency.

You may be curious about the title of this post. It is taken from the work of Deleuze and Guittari on the “shock to thought” of affective experience. I was thinking of two things: the conference presentations I attended and the ways they stretched my thinking, and the experience of travelling to Japan with my family. A different country full of new experiences—the shock to thought, the challenge to everyday-ness, is what we came for and enjoyed in abundance. 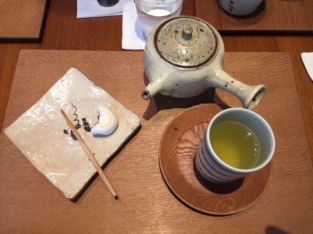 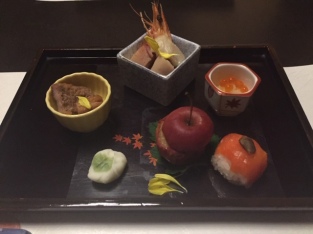 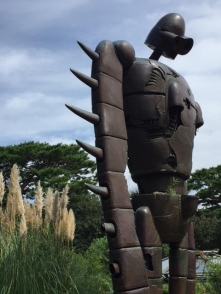 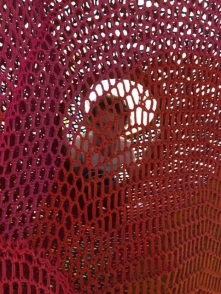 6 thoughts on “Shock to thought”